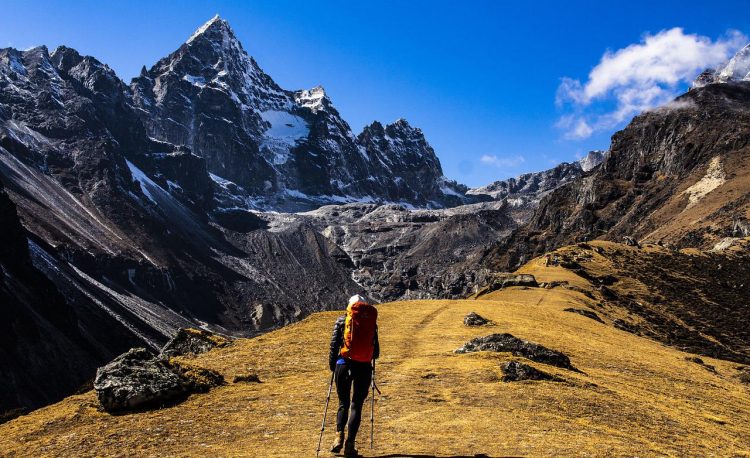 Nepal, undoubtedly, is one of the most beautiful and diverse countries that demand a visit at least once in life. A Himalayan country in the southeast of Asia, Nepal contains some of the tallest mountain peaks on the planet. Eight of the fourteen tallest mountain peaks in the world lie in Nepal, including the worlds’ tallest Himalayan peak- Mount Everest. It is a country of amazing landscapes and topography amalgamated brilliantly with its ethnic population and cultural prominence.

While moving forward with modernization, Nepal is one of those countries that still have a firm grasp of its traditional roots. It is among the very last countries in the world that is a relic of ancient customs and traditions that are still in practice and have changed very little since their commencement millennia ago. From wonderful natural wonders and Himalayan peaks to rich and diverse cultural aspects and elements showcased in the country’s art, architecture, and day-to-day life of the people, Nepal has it all. There are many things to do about people of all demographics in the country.

With the development of the country’s tourism sector, visiting Nepal is easy, and esteemed travel agencies arrange all aspects of the visit with excellent services. Here are the top five things to do in Nepal-

1. Trekking in the Himalayas

Trekking is one of the best things to do in Nepal. There are many destinations and locations in the country that are utterly amazing with features and attributes that are breath-taking and inspiring. Trekking in Nepal are often integrated with both the cultural aspects of the regions and exploration of its natural landscapes. The cerulean Himalayan peaks are also a constant companion while trekking; they create a natural Himalayan tapestry set against the ethnic villages and gaping open valleys during the trip. The Everest region is the most popular among the famous trekking destinations and regions.

The Everest Base Camp Trek is considered one of the best and the most sought-after trekking journeys in Nepal and the world. Every year, thousands of trekkers and travelers from all parts of the world visit the country to undergo the trekking journey to the base camp of the world’s tallest mountain peak. It is a beautiful journey taking place in Khumbu. It includes highlights like the town of Namche Bazaar, the holy Tengboche monastery, the Khumbu glacier and Icefall and of course, amazing panoramic views and sights of mountain peaks like the Ama Dablam, Nuptse, Lhotse, Changtse, Thamserku, the Kongdi RI, and Mount Everest among many others. For most visitors of the country, trekking is the primary reason, as Nepal’s exotic qualities and unique characteristics are explored and incorporated quite brilliantly in trekking journeys.

Nepal’s biodiversity is also one of its many notable features that pull in the crowd. Because of the land differences, the rise and loss of elevation, the climate and the terrain, Nepal has many biomes that are home to various faunal and floral life forms. Nepal’s woodlands and forests provide a habitat to many endangered species of plants and animals, many of whom are near extinction. To protect its natural treasures, Nepal has established many protected areas that are spread over a large range of acreages throughout the country.

Wildlife adventures and exploration of the jungles of Nepal is quite an exciting experience. Famous national parks like the Chitwan National Park and the Bardia National Park are quite famous for wildlife adventures. Exploring the woodlands on elephant backs and viewing the animals in their natural habitat is a key quality of wild life adventures in Nepal. A wide myriad of plants, mammals, birds, and reptile species have their home in the grasslands, the marshes, and the country’s forests. Getting close to the woodland creatures offers one of the most amazing experiences involving natural beauty.

The protected areas also preserve the plants and animals of their assigned regions and the natural elements and aspects like the lakes, the rivers, the glaciers and the mountains along with ethnic villages and settlements. Wildlife Adventures in Nepal is a journey of being immersed in Mother Nature’s pulchritude and getting to see majestic animals like Bengal Tigers and Mugger crocodiles in their refined habitat along with visiting ethnic villages for experiences with Nepal’s multicultural population.

Nepal is as famous for its white-water rivers for its Himalayas. Various rivers, lakes and tributaries drain the second-richest country in terms of water-resources, many regions of Nepal. The fast-flowing waters of the rivers are perfect for rafting adventures.

Famous rivers for rafting in Nepal include the Trishuli, the Bhote Koshi, the Seti, the Kali Gandaki and the Sun Koshi. The adrenalin-inducing rivers with their serpentine flow and wild ebb make for a brilliant and thrilling rafting experience! It is also a great way to experience the natural beauty of the riverside. Many rivers go through gorges and emerald hills and rafting along the water being surrounded by beautiful forests of pine and cedar makes for a juxtaposed experience of a thrilling water sport amid a peaceful surrounding of greenery.

Nepal is a multicultural country and is utterly brimming with temples. It also has one of the most closely packed concentrations of World Heritage Sites in the Kathmandu Valley. Nepal is the birthplace of Lord Buddha- the Light of Asia and Lady Sita- the wife of Lord Ram, hero of the legendary Hindu epic Ramayana. The country is filled with many religiously significant sites, historical complexes and architecturally dexterous monuments and buildings. Many old palaces and temples are reminiscent of Nepal’s medieval times and showcase the Nepali architecture and intricate wood carving and stone masonry done by the people over the centuries. Cultural Tours in Nepal is a matter of visiting and exploring many monasteries and holy sites scattered throughout the country, experiencing colorful festivals and Jatras throughout the year and reveling in the historical sites of Nepal’s glorious past.

World Heritage Sites like the three Durbar Squares of the three ancient cities of Kathmandu, Bhaktapur and Lalitpur, Lumbini- Lord Buddha’s birthplace, the Changu Narayan Temple, the holy Hindu temple of Pashupatinath, the Bouddhanath Stupa and the Swayambhunath among others offer amazing insight into Nepal’s history and its religious prominence. Nepal is also the home of the unique Newa architecture, a form of construction that spans back centuries and is nothing like anything found anywhere else on the planet.

Peak Climbing is a thrilling adventure that takes one to the summit of the Himalayas. A difficult journey, Peak Climbing is quite an exhilarating affair where the pitfalls and icy open ridges of the Himals are climbed using types of equipment like karabiners, ice axes, ropes and crampons. It is much like trekking in its early stages, but the stakes rise as soon as climbing the peaks come into play.

Famous climbable peaks in Nepal include the Island Peak, the Mera Peak, the peak of Lobuche, Tharpu Chuli and the Peak of Naya Kanga. Most of the peaks for climbing are situated in the Khumbu and the Annapurna regions, and both the regions are famous trekking destinations. The views after reaching the peak are spectacular, an icy expanse of snow and glacier makes one feel like they are in paradise. The sense of accomplishment also comes in mass waves, as overcoming the hurdles of peak climbing is quite an adventurous feat.

There are a lot more things to do in Nepal

Hiking and mountain biking and leisurely activities like boating in the pristine Phewa Lake at Pokhara, paragliding at Nagarkot, Bungee Jumping, or even rock climbing in the beautiful terrains of the country are amazing ways to spend time in the land of the Himalayas that is Nepal. Vacationing with family and friends or even going solo is an experience with many mystical and ethereal moments in Nepal. It is cheap and affordable and there’s something for everybody!